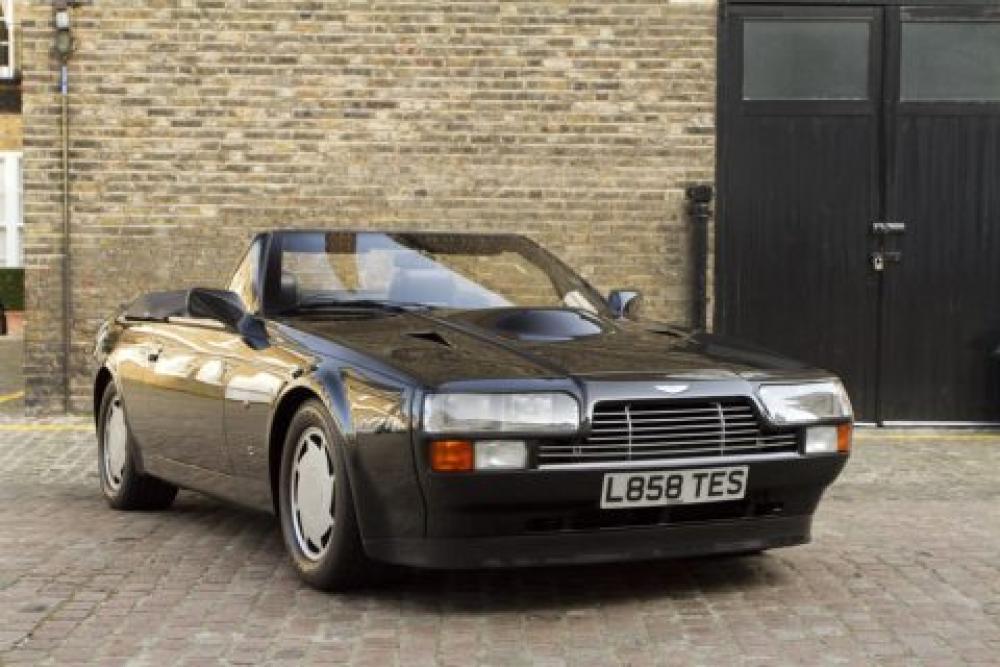 One of only Seven Cars ever produced

Zagato had created the first production two-seater since the DB4GT. The 5.3-litre
four-cam V8 was, naturally, to Vantage specification, producing a mind-bending
432bhp at 6,200rpm. The manner of its installation though, created a certain amount
of controversy at Newport Pagnell as the existing Zagato design featured a low
sloping bonnet, penned in the expectation of a fuel-injected engine, but to produce
a “Vantage specification” a revised bonnet design had to take place to clear the
Vantage’s quartet of Webers.

# 30042 is one of only seven Zagato Vantage Volantes originally constructed by the
factory with the X pack Vantage engine specification & only six remain due to the
total loss of one chassis. This car was supplied new on 1st August 1993 to the first
registered keeper, Mr Michael A Johnson of Dundee. Stamps in the accompanying
service book record visits to the Murray Motor Company in January 1995 (at 2,841
miles), Donaldson & Evans in June 1996 (at 3,425 miles) and Works Service in August
1996 (at 3,745 miles) when the speedometer was replaced. In July 1996 the car
was acquired by the previous owner. Subsequent Works Service bills on file include
one for converting the engine to unleaded compatibility, and we are advised that
other Works Service modifications also include; In addition, the car is fitted with
the preferred style of Momo steering wheel, wind deflector and supplied with an
additional set of wheels/tyres (Sniper alloy wheels shod with Pirelli P Zero tyres). In
June2006 # 30042 was serviced at 10,501 miles and was then for four years held in
storage. A further service was carried out on 7th, May 2011. We have just completed
a major service / new MOT / & new clutch with an official Aston Martin Heritage
service agent. (02.2013)

Finished in Metallic Black with matching Black leather interior, this ultra-rare Zagato
Vantage Volante is a stunning low mileage example which has covered only 15,216m
from new and is without doubt one of the finest driving modern Aston Martins

available today, due in part to the car’s SWB & lightweight construction. The unique
Zagato styling makes this model a definite future classic, The Zagato bodied Aston
Martin DB4GT being the most highly prized, valuable & collectable Aston Martin of
all time.