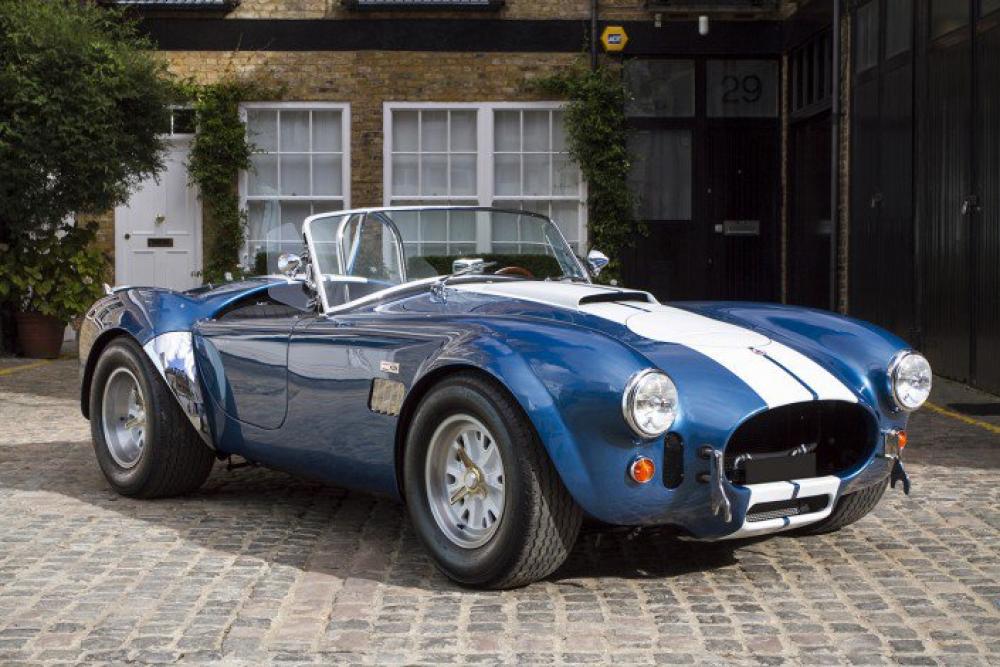 AC Cars are Britain’s oldest car manufacturer and have the unique distinction of having been in production since 1901. The AC name carries much prestige, international recognition and ranks alongside other major worldwide historic marques. 1961: AC was approached by Carroll Shelby to use a small block Ford V8 engine in the Ace chassis, producing the AC Cobra. Shelby needed a car that could compete with the Chevrolet Corvette in US sports car racing. The resulting Cobra was a very powerful roadster, and it is commonly blamed for the introduction of the 70 mph (113 km/h) limit on British motorways. This was in fact a major
factor in the decision, after a coupe version was caught doing 196 mph (315 km/h) during a test run. The rest they say is history!

Our original Mk IV Lightweight, which is one of only twelve genuine hand built aluminium bodied examples built by AC Cars Ltd. Re-imported back to the UK from USA in 2009 and was the subject of a six-figure complete ‘Nut and Bolt’ body off bare rolling chassis concours restoration completed by one of the UK leading and highly respected AC specialists Dragon Wheels of Buckinghamshire.

Commissioned to be finished in the correct period colour of Guardsmans Blue with White stripes and roundels. The detailed accuracy was completed with the riveted bonnet and the cockpit as per the MK III specification of interior with flat dashboard, Smiths instruments and gauges, early type gear lever, steering column and concealed heating system. Correctly retrimmed in black leather complemented by Wilton carpeting, fully trimmed and detailed boot area.

Winner of both the 2012 / 2013 AC Owners Club National Concours; Hexagon Classics can legitimately claim to offer for sale possibly the finest Lightweight Mk IV in existence.