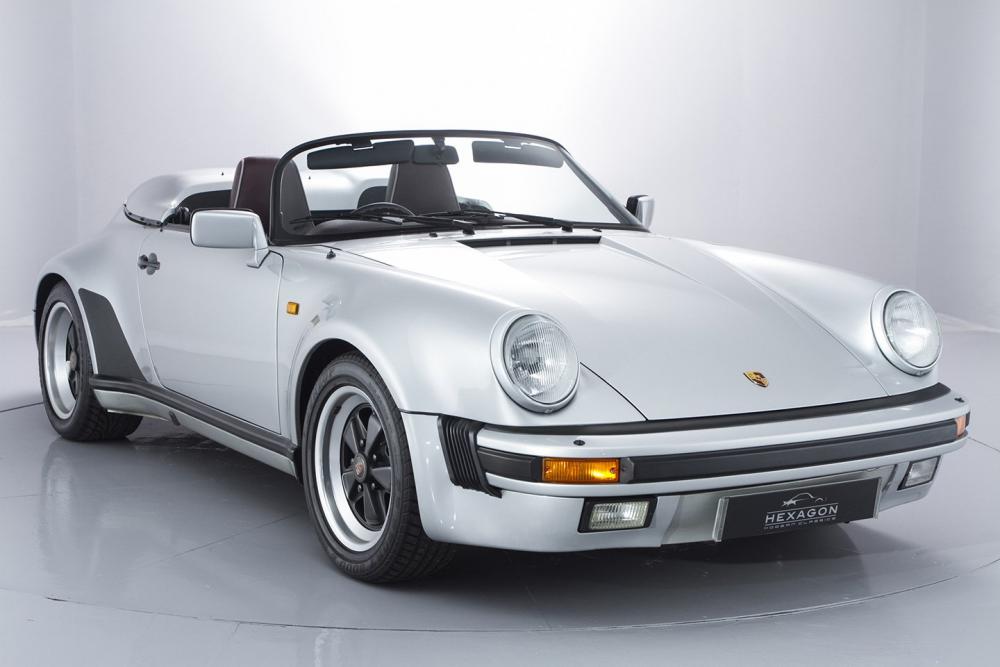 Produced in limited numbers (2,104) starting in January 1989 until July 1989 as both a narrow body car and a Turbo-look. The narrow version was produced only 171 times. The Speedster started as a design under Helmuth Bott in 1983 but was not manufactured until six years later. It was a two-seat convertible that featured a low swept windshield.

These cars are already reverred by Porsche collectors around the world and with this low mileage are becoming increasingly hard to find.