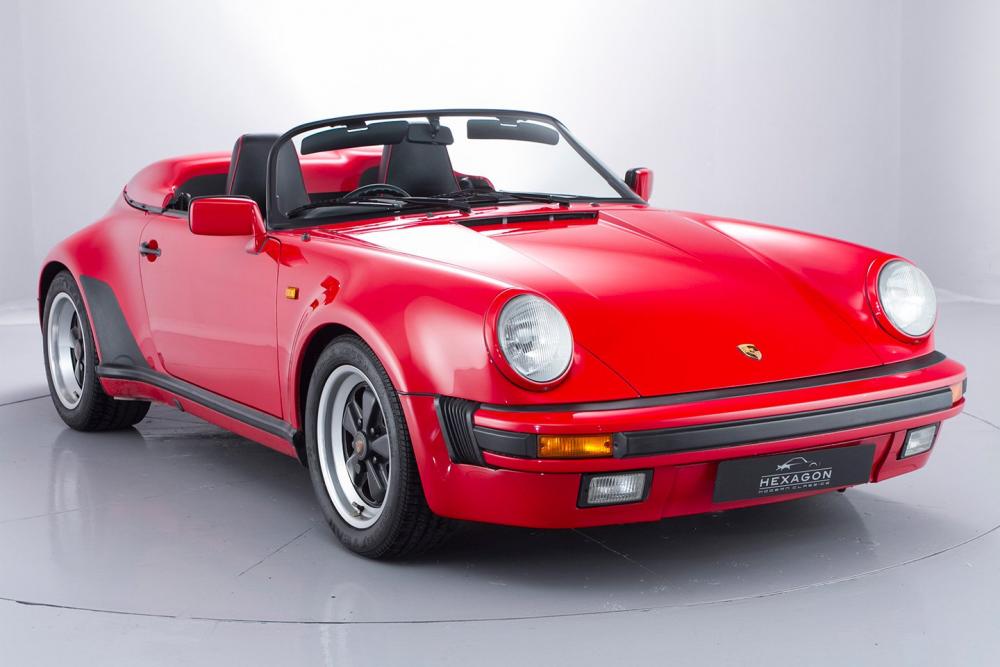 The 911 Speedster (M503), is a low-roof version of the Cabriolet inspired by the iconic 1950’s Porsche 356 Speedster; this unique Porsche model was produced only in 1989,  we understand from factory records just 139 right hand drive model were made worldwide. Our car was commissioned to be built to the preferred turbo bodied specification with its sleek and distinctive low rake windscreen and speed humps behind both driver and passenger. Considered by most Porsche connoisseurs as the most attractive design of the 911 series ever built

Supplied new in August 1989 by JCT Leeds, finished in the best colour combination of Guards Red with Black Hide piped Red. It has the factory option of sports seats and is also fitted with a period immobiliser and Blaupunkt Toronto audio system. Accompanying the 911 is a very comprehensive chassis file which includes:
• Original Hand Book Pack