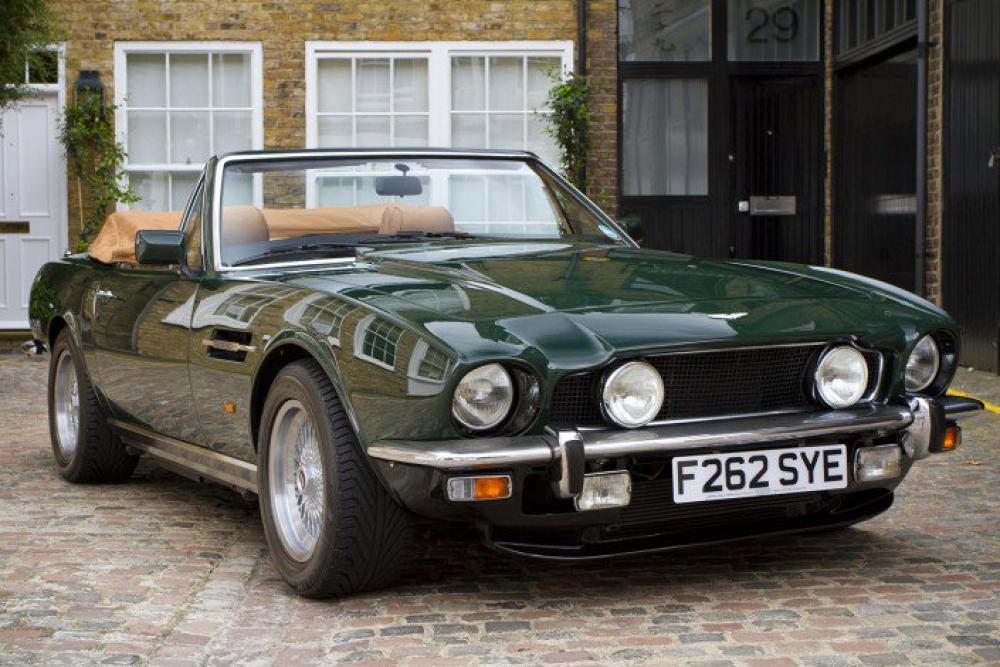 Mechanically the Volante followed the equivalent V8 or Vantage saloon of the period and in 1986 benefited, along with its closed cousin, from the reintroduction of fuel injection. Maximum power, which had dropped somewhat over the years, was restored to 305bhp in this final, Series 5 version. The latter is one of the rarer and more exclusive V8 variants, a mere 172 being built.

When the V8 Volante came available for sale again in 2005 the original owner Sir Frank Lowe reacquires the car back as he regretted parting with the car in the first place! Nicholas Mee recalls fitting a handling upgrade package, Vantage Wheels and a sports exhaust to the car.