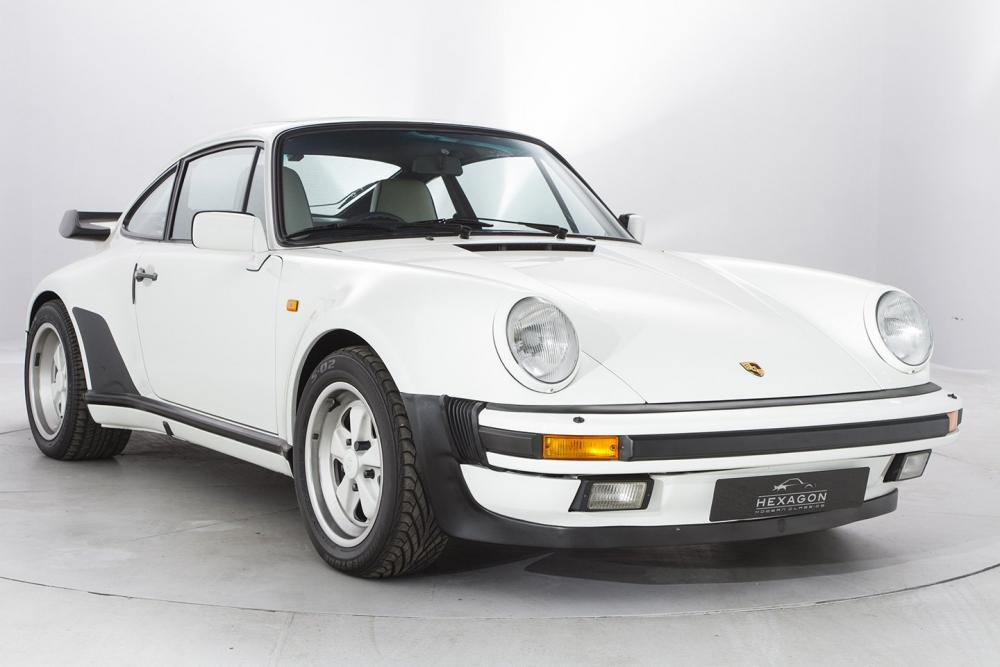 The Porsche 930 was a sports car built by Porsche between 1975 and 1989, known to the public as the 911 Turbo. It was the maker’s top-of-the-range 911 model for its entire production duration and at the time of its introduction the fastest production car available in Germany.

Total output from the engine was 260 PS initially (191 kW; 256 hp), much more than the standard Carrera. In order to ensure that the platform could make the most of the higher power output, a revised suspension, larger brakes and stronger gearbox became part of the package, although some consumers were unhappy with Porsche’s use of a 4-speed whilst a 5-speed manual was available in the “lesser” Carrera. A “whale tail” rear spoiler was installed to help vent more air to the engine and help create more down force at the rear of the vehicle, and wider rear wheels with upgraded tires combined with flared wheel arches were added to increase the 911’s width and grip, making it more stable.

The 930 proved very fast but also very demanding, prone by its short wheelbase and rear engine layout to oversteer and plagued by significant turbo-lag.

Porsche made its first and most significant upgrades to the 930 for 1978, enlarging the engine to 3.3 litres and adding an air-to-air intercooler. By cooling the pressurized air charge, the intercooler helped increase power output to 300 hp (DIN); the rear ‘whale tail’ spoiler was re-profiled and raised slightly to make room for the intercooler. Porsche also upgraded the brakes to units similar to those used on the 917 racecar.

Changing emissions regulations in Japan and the U.S. forced Porsche to withdraw the 930 from those markets in 1980. It remained, however, available in Canada. Believing the luxurious 928 gran turismo would eventually replace the 911 as the top of the Porsche line, Fuhrmann cut-back spending on the model, and it was not until Fuhrmann’s resignation the company finally committed the financing to re-regulate the car.

The 930 remained available in Europe, and for 1983 a 330 PS (243 kW; 325 hp) performance option became available on a build-to-order basis from Porsche. With the add-on came a 4-pipe exhaust system and an additional oil-cooler requiring a re-modeled front spoiler and units bearing the add-on often featured additional ventilation holes in the rear fenders and modified rockers.