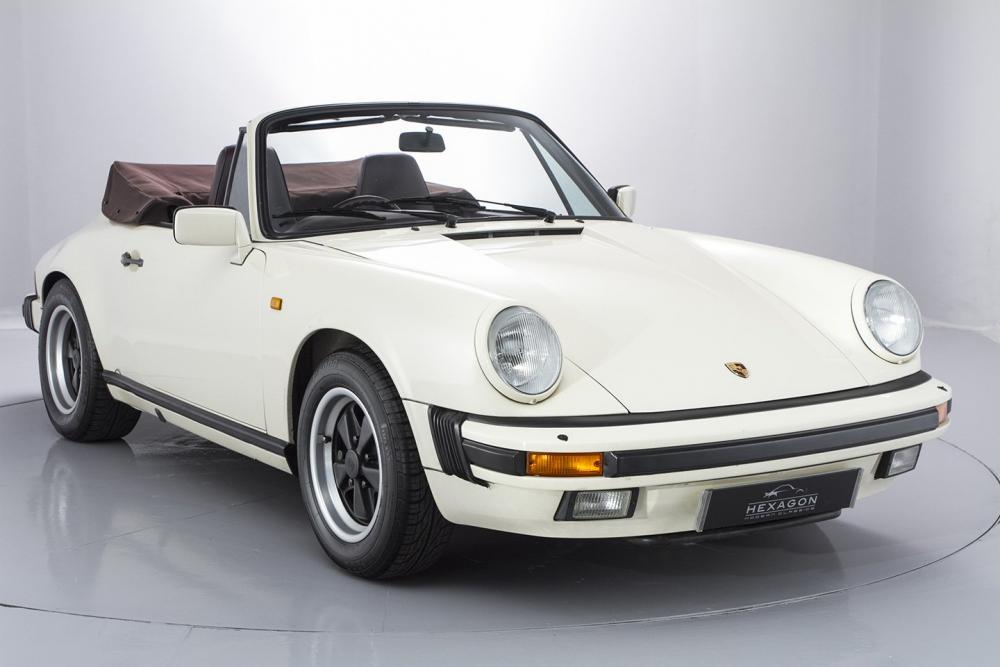 With the 911’s future ensured, 1984 saw the launch of a replacement for the successful SC series. It was the model year 1984 911 3.2 Carrera, reviving the Carrera name for the first time since 1977. The 911 3.2 Carrera was the last iteration in the original 911 series, with all subsequent models featuring new body styling with new brake, electronic and suspension technologies.

A new higher-displacement motor, a 3.2-liter horizontally opposed flat 6-cylinder, was utilized. At the time Porsche claimed it was 80% new. The new swept volume of 3164 cc was achieved using the 95 mm (3.7 in) bore (from the previous SC model) combined with the 1978 Turbo 3.3 crankshaft’s 74.4 mm (2.9 in) stroke. In addition, higher domed pistons increased the compression ratio from 9.8 to 10.3:1 (although only 9.5:1 for the US market). New inlet manifold and exhaust systems were fitted. The 915 transmission was carried over from the SC series for the first three model years. In 1987, the Carrera got a new five-speed gearbox sourced from Getrag, model number G50 with proven BorgWarner synchronizers. This slightly heavier version also featured a hydraulically operated clutch.

The brake discs were increased in size to aid in more effective heat dissipation and improved oil-fed chain tensioners were fitted to the engine. To improve oil cooling, a finned cooler replaced the serpentine lines in the front passenger fender well. This was further improved in 1987, with the addition of a thermostatically controlled fan.