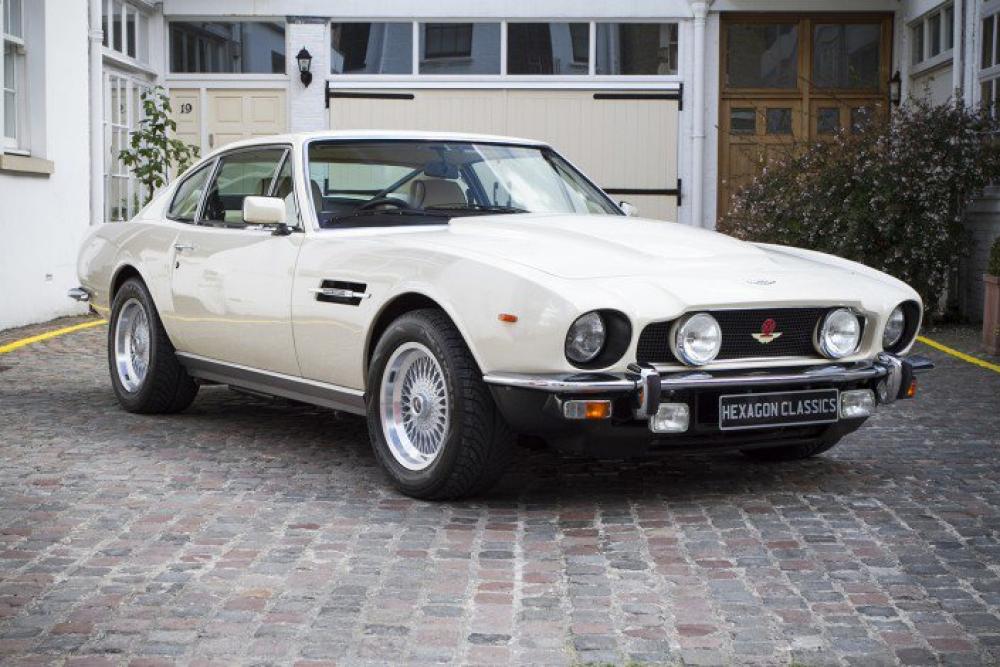 Most Oscar India cars were equipped with a “Torqueflite” three-speed automatic transmission, with burr walnut trim being fitted for the first time since the DB2/4 of the 1950s. Just 352 Oscar India models were built making this one of the rarest of all Aston Martin models.

Our V8 was supplied new on the 1st August 1985 by Chapman Spooner Ltd to Thomas Howell of Birmingham; commissioned to be built in the very rare colour combination of Cheltenham Beige with Magnolia Hide interior and contrasting seat piping and carpets finished in Chestnut. The car is further enhanced with the fitment of Vantage specification 16” Ronal Wheels together with an upgraded handling kit.

Accompanying the car is its comprehensive chassis file containing various maintenance bills dating back to 1993, historical MOT’s from 1992 and historical tax discs from 1989. The car has just had the benefit of being freshly serviced / new MOT and all safely related items completed in July 2014 by an official Aston Martin Heritage Service Centre.

Offered for sale today this very rare model, having completed only 28,634 miles from new is in quite exceptional condition and represents superb value for money in today’s market-place. Such a well presented, highly maintained Aston Martin, with an excellent historical chassis file and extremely low mileage, this must be one of the finest examples on offer for sale anywhere