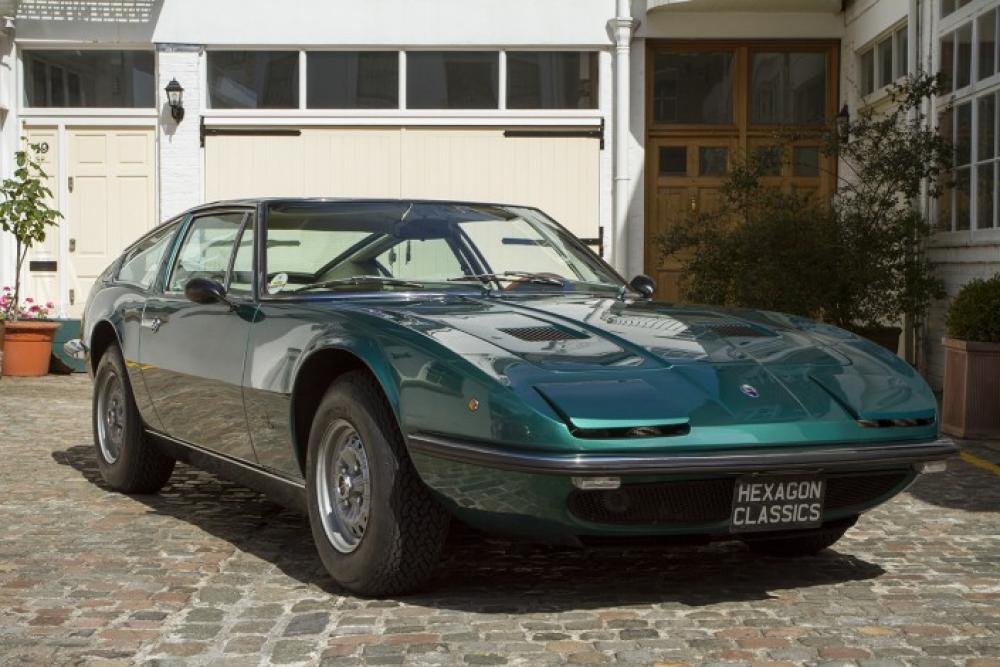 Maserati cars were established on December 1 1914, in Bologna. The four Maserati brothers were all involved with automobiles from the beginning of the 20th century. Alfieri, Bindo and Ernesto built 2-litre Grand Prix cars for Diatto. In 1926, Diatto suspended the production of race cars, leading to the creation of the first Maserati and the founding of the Maserati marque. One of the first Maserati’s, driven by Alfieri, won the 1926 Targa Florio. Maserati began making race cars with 4, 6, 8 and 16 cylinders (two straight-eights mounted parallel to one another). Another Maserati brother, Mario was an artist and he is believed to have devised the company’s trident emblem, based on the Fontana del Nettuno, Bologna. The famous Argentinian driver Juan-Manuel Fangio raced for Maserati for a number of years in the 1950s, producing a number of stunning victories including winning the world championship in 1957 in the Maserati 250F.

Named to celebrate Maserati’s two victories at the Indy 500, the Maserati Indy (Tipo 116) first appeared in 1968, at the Salone dell’automobile di Torino as a prototype by Carrozzeria Vignale, the final production model was launched by Maserati at the Geneva Motor Show the following March. For the 1970-72 model years, the Indy was offered with a 4.7 Litre engine.

Our totally unique car #AM116471370 was supplied new on the 7th January 1972 by the official Maserati agents, Autosport of Bologna, to Raffaele Amadesi of Bologna. Sr Amadesi sold the car approximately 6 years ago to a Maserati collector in Modena, the Maserati forming the centre piece of his museum. Giuseppe Candini, the official Maserati service dealer for Modena purchased the car in 2012 for his own personal use. The car has covered a total of only 22,954 km from new! Finished in Pino Verde Metallico with Pelle Biege; 5 speed ZF manual transmission and Power assisted steering.

An absolutely un-missable opportunity to acquire a unique “Time Warp” V8 Maserati, supplied & serviced only by authorised factory agents from new with the benefit of a fresh service and safety checks completed by Candini of Modena, prior to our purchase. From 1953 to 1958 Giuseppe Candini was with Maserati’s works F1 race support team where he worked with many top racing drivers including the five times World Champion, Juan Manuel Fangio