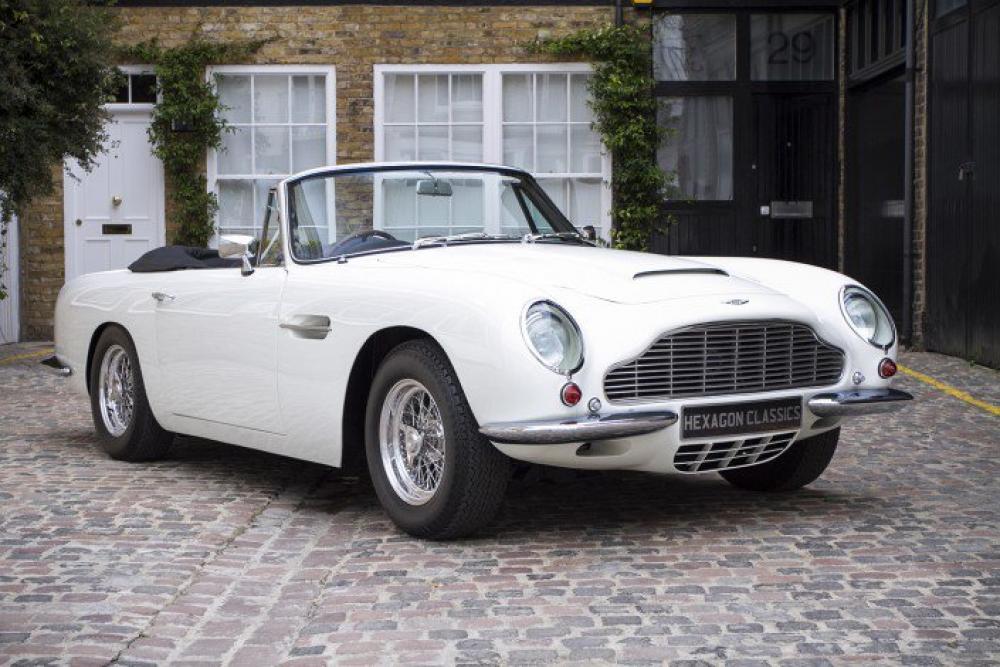 Considered by most Aston Martin aficionados to be the last “Real Aston Martin” the DB6 was launched at the London and Paris Motor Shows in 1965, updating the previous model, the DB5.The new car had a wheelbase 4″ longer than before, resulting in an extensive restyle with more-raked windscreen, raised roofline and reshaped rear quarter windows. Opening front quarter lights made a re-appearance but the major change was at the rear where a Kamm tail – named after its inventor, the German automobile engineer, Professor Wunibald Kamm improved the aerodynamics. “The most obvious difference from the DB5 is the anti-lift tail end being most beautiful to the eyes; the DB6 now became a genuine four-seater.” Although apparently a bigger car than its predecessors, the weight of the new model was in fact only fractionally increased, only 140 examples were ever built.

Our concours DB6 Volante was commissioned to be built in Platinum with Black Hide and a Black Hood, as the car is presented today.

In addition to the factory fitted equipment, the DB6 is fitted with a fresh Aston Engineering Ltd (Official Factory Heritage Service Agent) 4.2 litre unleaded engine (cost in excess of £26,000.00) and a Harvey Bailey Handling Kit.

On Hexagon Classics acquisition a comprehensive but sympathetic refurbishment programme has been carried out & that included:

Without doubt a unique opportunity to acquire a rare and highly sought after Aston Martin, presented in concours condition & with superb provenance. Our DB6 Volante is the finest car to come to market in recent times and is offered for sale by Hexagon Classics as sole owners.