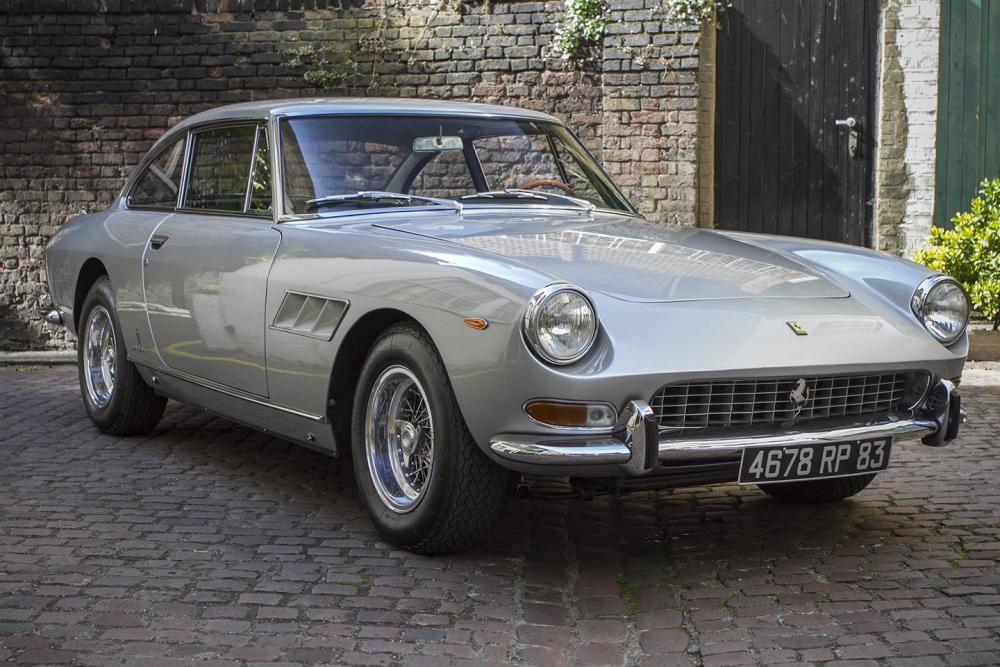 The 330 GT was introduced as a replacement for the 250 GTE which had been Ferrari’s first serious production model to offer a four-seat cockpit arrangement. Two versions were constructed between 1964 & 1967; the appropriately titled Series I and II. Produced alongside the sultry 275 GTB and exclusive 500 Superfast; the 330 GT was designed as a more comfortable and less demanding vehicle to drive. The Tipo 571 chassis frame was in many ways a close development of the frame used for the outgoing 250 GTE. A number of important revisions were made including a 50mm wheelbase extension and the inclusion of adjustable Koni shock absorbers.

The Tipo 209 V12 engine was developed from the enormously impressive Colombo line that dated back to 1947; the 330 GT engine has a displacement of 3967cc which helped equate to a very healthy 300bhp at 6600rpm, enough to propel the 330 GT from zero to sixty in just 6.3 seconds and on to a top speed of 150mph.

The final series of the 330GT is known as the “Series 2” which features a five-speed gearbox instead of the overdrive four-speed of the earlier models. Other changes included the switch back to a twin headlight instead of a four headlight configuration. The other improvements introduced to the Series 2 cars were redesigned turn signals, the fuel filler was moved from the right side to the left side and the slotted side air vents were changed to a three piece scoop design, with the most important changes being the 2 mount positioning for the engine and “hanging pedals”.

Our car # 7687 is presented in Argento Auteuil with Black Hide interior was produced in 1965 and supplied new to Italy, the Ferrari has remained in the EU ever since. On Hexagon Classics acquisition we undertook our sales preparation and post sales services to include the issuance of Ferrari Classiche Certification which has been undertaken by an official Ferrari Classiche factory service agent at costs totalling some GBP 41,000.00

This is a rare opportunity to acquire one of only 424 cars produced with the correct matching numbers and the issuance of Ferrari Classiche Certification. This 330GT 2+2 series 2 is presented in superb order throughout and represents exceptional value in today’s marketplace.