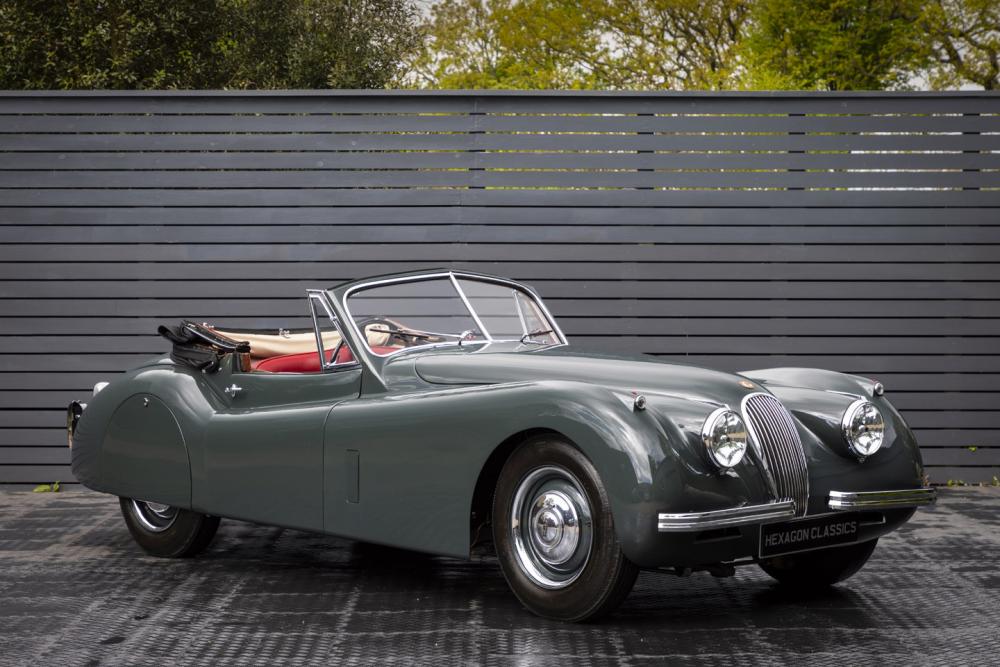 The XK120 was launched in roadster form at the 1948 London Motor Show as a test bed and show car for the new Jaguar XK engine. It caused such a sensation which persuaded Jaguar founder and design boss William Lyons to put it into production. The “120” in its name referred to its 120 mph (193 km/h) top speed (faster with the windscreen removed), which made the Jaguar the world’s fastest standard production car at the time of its launch. To meet demand it was necessary for the mass-production versions, beginning with the 1950 model year, to have pressed-steel bodies, but retained aluminium doors, bonnet, and boot lid. The Drophead Coupe was introduced in 1953.

Our rare example #667149 is a desirable right hand drive drophead coupe presented in its original colours of Battleship Grey and red trim as documented on the Jaguar Heritage certificate. The car has had only three owners since it left the factory on 5th December 1953, the first being Mr James Wood in Worthing Sussex. It comes with complete ownership and some service history dating back to 1967 including a tax disc showing the current registration number. This matching numbers example has recently had a four year body-off restoration including a full engine rebuild with detailed pictorial records.

This sensational XK120 Drophead Coupe, presented in magnificent order is now available for immediate inspection at our London showroom.